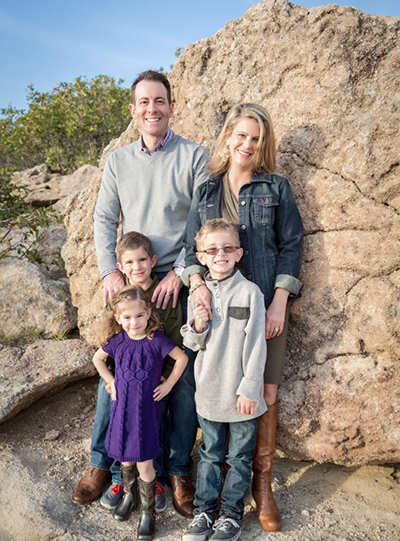 Originally from Denver, Hugh spent his formative years on the unforgiving streets of Aurora, CO, and hanging out at a local 7-11. Humble beginnings for an Ascendeur guide.  After scrapping his way through high school, he was sent off to Santa Clara University for Jesuit reform. Spending one of those years abroad in Rome, he took to travel and wandered through East Asia and Europe for another five. Some of the best times of his life.

He then pursued an International MBA and promptly moved to the Bay Area to catch the last remnants of the first tech boom. And last they were. Looking back, he had a great time and earned quite a bit of experience, if not so much money. He still holds stock in several Silicon Valley companies, and is willing to give away large quantities to anyone who asks. Then, on a holiday trip back to Denver in 2001, he decided to return to the hinterland after satisfying his thirst for life experience during his 20s.

Upon returning to Denver, Hugh purchased a small distribution company and grew revenue approximately 10x and profit 200x. He has since started three additional companies and is active in angel investing, mentorship and philanthropy. Hugh is passionate about leader development and has been leading peer groups for over a decade.

In his spare time, he enjoys traveling with the kids, studying Italian, rock climbing, and contemplating the writings of Gary Busey.